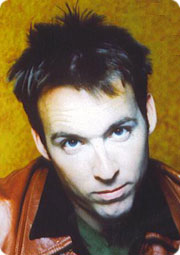 SKSM: How did you become involved in Autopsy Room Four?

Eddie Ifft: After leaving the porn business I enlisted in the armed forces to get an education and rehabilitate my life. I ended up getting a pilots license and was eventually pushed into the NASA program. While at NASA I got the opportunity to work as a stuntman on some after school special films about the space program. That is where my desire to act thrived. I came down with a strange disorder similar to the bends from working in zero gravity. I packed up my bags and hitchhiked from Houston and headed for Hollywood. When I got to Hollywood I found a job at an Off Track Betting Parlor. At the OTB I learned which races were fixed, so I needed an investor to help me. I never found an investor in a sense. One of the horse owners gave me a horse to sell. He told me I could use the proceeds to use to gamble. While riding the horse in the Pacific Palisides one day I ran into a guy named Steve Zackman. He told me he was a director and was making a movie about a jocky and I was too tall for it, but I might fit well in another movie he was making about a dead guy.

Eddie Ifft: I never really auditioned. I met Steve and one of the producers, Rob Slane at the Ritz Carelton in Marina Del Rey. After an expensive dinner, we all went to a private room and I showed them clips of my acting in the adult films in which I have acted. Steve was amazed by my acting and Rob couldn’t leave the bathroom. I think he had a stomach flu.

SKSM: You worked with Steve Zakman on this film, how was that?

Eddie Ifft: Steve Zakman was a joy to work with. While on set he is so compassionate and lets the actor really grow and find his moments. Off camera is a little strange how you are not supposed to get eye contact with him, but I guess that is because he just wants to save the interaction for the shoot.

Eddie Ifft: One day on the set they told me I was going to have to do a sex scene. I wwas totally up for it because I thought the necrophelia stuff isn’t explored enough on mainstreem film. So, they had a closed set and they wanted me to go all out. When I walked in the room instead of the dead guy being on the gurney, they had a dead St. Bernard. I wanted to show how comitted I was to the craft, so I started the scene. It wasn’t til I heard them all laughing that I knew something was weird. I still don’t know where they found that dead dog, but he was a lot better than some of the women I have been with when I did porn.

Eddie Ifft: I think I freaked them out when I di the dog scene, so I don’t hear from them often. I was just acting though.

SKSM: What did you do after Autopsy Room Four?

Eddie Ifft: I took a nap and then I went to get something to eat and had my tires rotated.

SKSM: A new version of Autopsy Room Four is being made for the upcoming tv-series “Nightmares and Dreamscapes”. Are you excited about that?

Eddie Ifft: I am so excited. I would like to meet the guy who plays Rusty to see if they did the dog trick to him too.

Eddie Ifft: I never really knew who Stephen King was until I googled him when I read this question. Quite impressive I must say.

Eddie Ifft: Don’t always listen to directors. Sometimes you just need to go with your gut and if someone gives you a race horse to sell, chances are they just can’t afford to pay for a bullet to kill them. Don’t take the horse. It will just be a lot of aggrevation.