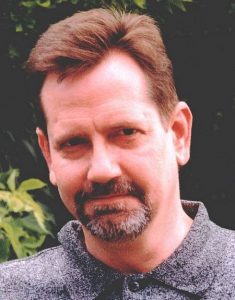 He played in Frank Darabont’s Dollar Baby The Woman In The Room as John.

Michael Cornelison: I am, and practically always have been, an actor. Got educated at The American Academy of Dramatic Arts in New York, where I was room mates with Peter Weller (Robocop, Buckaroo Banzai). My career actually started in high school in Des Moines, Iowa. They shot a picture there called “Cold Turkey”, and I was Dick Van Dyke’s stand-in for an entire summer. That was my real college education. I do a lot of theater as well as film, but I love the movies.

SKSM: How did you become involved for The Woman in the Room?

Michael Cornelison: At the time, I was involved with a terrific woman named Katharine. She had gone to high school with Frank Darabont and Greg Melton. She thought we would make great friends, and we did. Frank and I had a huge number of loves in common: EC horror comics, Bernie Wrightson’s artwork. And Stephen King. He showed me his script for “Woman in the Room” which was, of course, great and told me of his Dollar Baby deal. He had the rights for, I think, one year. This was in the eleventh month. As an actor, I saw the value of it as a vehicle and my father was a stock broker who knew of some investors so, basically, we were off and running.

Michael Cornelison: No audition for me. My dad knew where the money was (insert laugh-track).

SKSM: You worked with Frank Darabont on this film, how did you find that back at that time ?

Michael Cornelison: Frank is – and always has been – as creative as he is kind. He’s a genuine gentleman of the old school and one of the pleasures of my life has been to watch how unaffected he has remained given all his success. He is, of course, a tad more polished as a director now, but no less a humanist, and that’s what counts.

Michael Cornelison: Ah! The “dream sequence”! As scripted, the elevator was supposed to open to reveal a huge pile of Viet Nam era body bags, which were to split open and vomit out all these writhing living corpses. On the day we were to shoot this, the props people proudly showed us the “body bags”: a box of Hefty garbage sacks. It just wouldn’t work. Frank was frantic, but we eventually concocted the sequence as you see it.

Michael Cornelison: Thank goodness for e-mail. Frank and I manage to squeeze off a line or two once in a while, especially if there’s something going on politically that we both support or hate. Michael Sloane and I exchange Christmas cards – his are some of the most creative in the world – and Doug Venturelli, our Executive Producer.

SKSM: What did you do after The Woman in the Room?

Michael Cornelison: Not too long after “Woman” I returned to the Midwest to concentrate on theater work, amongst other things. I’ve done a lot of fun stuff out here with Max Allan Collins, the original author of “The Road to Perdition”. We just finished a film version of a play he wrote for me: “Eliot Ness: an Untouchable Life”. It’s a one-man show that has turned out very well. Ironically, Max was just summoned to George Lucas’s Skywalker Ranch to be their expert on Eliot Ness for the special features on the “Young Indiana Jones” series DVD release. That’s a series that Frank Darabont wrote many an episode for. It’s a small business.

SKSM: Have you seen the French version of The Woman in the Room by Damien Maric and if so, what do you think of it?

Michael Cornelison: Wow! What an incredible visual style Damien has. Very polished. And at his age. And on that budget! I was tremendously impressed. I’m of two minds about making Johnny that young a character, but what the hell, it’s a great little film. He pays some very sly homage to Frank, as well. Extremely clever. It’s gorgeously lit, as well.

SKSM: Are you (or where you) a fan of Stephen King’s work?

Michael Cornelison: I stumbled across “Carrie” in hardcover before anyone knew who he was. It blew my mind. Then “Salem’s Lot”, “The Shining”, “The Stand”… This maniac just kept upping the ante! I don’t believe there is another writer of any generation that can involve the reader, really absorb you into the story, the way Stephen can. Yeah, I’m a fan.

Michael Cornelison: Just to say “thank you” to all the people who have shown the old girl such respect over the years. And to you, Bernd, for a website that serves a noble purpose.