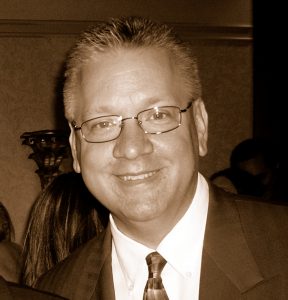 He is the composer of Dave Brock‘s The Woman In The Room Film.

Stephen Kaminski: I have been composing and performing since I was only 12 years old. All through high school I played saxophone in a band with my brother until attending Berklee College of Music. I graduated with a degree in film scoring and have been composing music for short films, television, games and advertising ever since.

SKSM: How did you become involved with The woman in the room?

Stephen Kaminski: I first met director David Brock when he was a graduate student in Ohio. I was offering my services as a composer to film students, mostly to stay in practice as well as help students with there grad school film projects. We worked on his rendition of Stephen King’s The Road Virus Heads North. It was such a good working experience that we always stayed in touch. David contacted me once The Woman In The Room came to be. I was thrilled to be able to compose creepy music again and work once more with David.

SKSM: How did you get started as a composer and what do you do on production?

Stephen Kaminski: I was blessed with good teachers growing up. In middle school I wanted to try writing a song for my 7th grade jazz band. My teacher encouraged me to write it for the whole band and then he played through it at a rehearsal. It sounded good enough for my teacher to include my song in the next jazz band concert. One concert was for my class peers. When the song had finished, the applause was so fantastic that I can hear it still today. I was hooked. I never stopped composing.

SKSM: How did you get started to wrote about thirty minutes of original music for The woman in the room?

Stephen Kaminski: I had an initial meeting with David Brock and Roger Echols to “spot” the film and talk about the music. They gave me a starting point by giving me a sample piece of music of mostly piano with a cello as a lead instrument. After that it was a matter of talking through where the music should go, how the music needed to reflect the emotion and situations, and I got to work. For me, it’s all about the pallet of instrumentation. An English Horn for instance inherently has a haunting sound and yet can be very mournful. I went about gathering the right pallet of instruments and started composing the themes.

Stephen Kaminski: I am still in contact with David and Roger and we hope to work again very soon.

Stephen Kaminski: Our music spotting meeting was such a great meeting. We all seemed to be reading each others thoughts and it was pretty clear we were all on the same page from day one. In this business, it is so rare to find directors and producers that give composers the freedom to compose without too much alternate direction.

SKSM: After The woman in the room did you write more music? If so what?

Stephen Kaminski: I am always composing. I recently released a CD of orchestral “Western” themes for the Premier Production Music Library. I also produced a CD by a talented artist by the name of Bryan Hansen. His latest CD is called “When You Stop Pulling Back” and I got to not only arrange the strings and horns, but I got to mix the CD as well.

Stephen Kaminski: I arranged all the on-screen band music for Jack Black’s new film coming out soon on Netflix. The movie is called “The Polka King”. The film is based on a true story and Jack plays my friend Jan Lewan in the film. I was Jan’s music director in real life. The film producers contacted me to work on the soundtrack and I got to spend two days in the recording studio with Jack Black. It was such a thrill! Check out the movie!

Stephen Kaminski: My favorites are the less creepy stories like The Shawshank Redemption and The Green Mile. Two of my all-time favorite movies.

Stephen Kaminski: I was one of a dozen composers who wrote the score to the FOX animated series The Shaman King. Writing for a cartoon was probably the most difficult composing I have ever had to do. And one of Jan Lewan’s CDs back in the 90’s was nominated for a Grammy award that I wrote and produced.

Stephen Kaminski: I would love to hear comments on my music score from people after they have watched The Woman In The Room. Feel free to email me at Stephen@StephenKaminskiMusic.com

Stephen Kaminski: Thank you so much for your interest and for asking these great questions! Enjoy the film and the music!