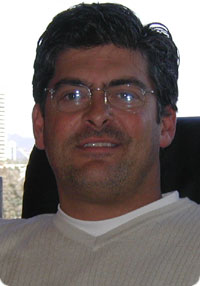 He is the man behind Autopsy Room Four Dollar Baby Film.

Steve Zakman: Well, I am Steve…but I guess you already figured that one out. I am a producer and talent manager. I have produced four films. Two are features, “We Married Margo,” that had appearances by Kevin Bacon, Tom Arnold and Cindy Crawford, to name a few, and “Come Away Home,” that is currently in post production. I developed the story for “Come Away Home” as well. It stars Lea Thompson, Martin Mull, Paul Dooley, David Keith and Thomas Gibson. I also produced two shorts, “The Fine Line Between Cute and Creepy” and “Autopsy Room Four” “Autopsy Room Four” is the only movie that I directed.

SKSM: When did you make Autopsy Room Four? Can you tell me a little about the production? How much did it cost? How long did it take to film it?

Steve Zakman: I made “Autopsy Room Four” in December of 2002. In fact, we finished the shoot on December 13th, Friday the 13th. I thought that was the most appropriate thing for a Stephen King film…and it didn’t hurt that it also happened to be my birthday.

Production of “Autopsy Room Four” was tough due to the nature of the story. It all takes place in one room. That’s 23 pages (with the exception of two or three shots we got on a golf course for the flashbacks) that needed to be creatively shot and assembled into a narrative without driving the viewer crazy. Anyone who has directed a film will tell you that that is a directors nightmare. In addition to that, we needed to find a realistic looking autopsy room for the story to work. There is so much equipment involved in doing autopsies that it would have looked foolish if I tried to cheat the location in my garage or something. We were actually able to find a private autopsy room here in Los Angeles that we used for the shoot. That was just dumb luck.

SKSM: How come you picked Autopsy Room Four to develop into a movie? What is it in the story that you like so much?

Steve Zakman: I love Stephen King. I have read all of his books…some of them more than once…and had been looking for a good short story to make into a film. Most of what he had done before “Everything’s Eventual,” which is where I found the story, had either already been made or was too complicated to do inexpensively.

What I liked about the story was the fact that I assumed, wrongly I would come to realize, that it would be very simple to shoot…only three main actors and one location. Once we decided to go ahead with the shoot, I realized how naive I had been. First of all, as I mentioned above, the shoot was extremely difficult in that we had to keep coming up with new ways to show the action in the same room without creating absurd looking camera angles. Then we had to do it in such a way that we would be able to edit together. We also had to come up with “in-camera” effects to show the action from Howard’s point of view. That’s isn’t the easiest thing to do with a great big Panavision 35 mm camera and only five days. The second problem was that I wanted to use recognizable actors in the main roles. For the role of Peter, Stephen King describes him in the book as “a Baywatch beefhunk, only marginally smarter.” Well, I had just produced a movie that Michael Bergin was in. He also starred in Baywatch and when I called him and asked him to do the film he was happy to sign on. I found Torri Higginson, who played Dr. Katie Arlen, through a friend who had just worked with her on his movie. It turned out that Torri was also one of the leads in Stephen King’s “Storm of the Century,” so I got lucky again. The story of Howard Cottrell was another matter completely. It is the job of an agent and/or manager to protect their client. I know this because I am a manager. I found myself calling agents around town and trying to persuade them to let their clients, all well-known actors mind you, act in a short film where they don’t actually speak, lay on a cold autopsy table essentially naked, get a 24 inch thermometer shoved up their ass and have their life saved by getting an erection. Needless to say, it wasn’t an easy sell. One day as I was working on the shot list, I saw Stephen Furst on television. Stephen played Flounder in “National Lampoon’s Animal House” and was a series regular on the television show “St. Elsewhere” for about seven seasons. I called his manager and pitched the story to him.. After a few seconds of silence, he asked me one question…”will his eyes be open or closed?” I told them that they would be open and he said “that’s a brilliant part for an actor…let me call you back.”
That night my phone rang and it was Stephen. He said that he had been with this particular manager for over twelve years and the manager had never told him that he had to take a role…until now. He said that he didn’t even need to read it to decide and agreed to play the part. In hindsight, be might rethink that decision, but we had him! After that, everything just kind of fell into place.

Steve Zakman: I had heard about the dollar thing but just assumed that it was an urban legend. I was on my way to a film festival in Florida for another film I had produced when I first read the story. When I got off the plane, I started looking into getting the rights to the story. I called King’s agent and was basically brushed off. But I persisted and eventually they asked me for copies of my other films, the script, my bio and some things like that. I sent it all off to the agent and didn’t hear much after that. About three months later, I was at the Montreal “Just for Laughs” Comedy Festival with another film and was pitching the role of Howard to various comedians there. I didn’t know if I would be permitted to make the film or not, but I knew that if I was able to, Howard’s character needed to be able to be funny. The story is too dark otherwise. Besides, if you read the story, Howard;s frustration comes across as really funny. Anyway, when I got back to Los Angeles, I had an email from Stephen King’s attorney in my mailbox. I panicked because I was afraid that word had gotten back to him that some knucklehead was up in Montreal pitching actors for a role in a movie that King hadn’t granted the rights for. When I opened it up, however, it was the contract granting me the rights. He didn’t even make me pay him the dollar!

Steve Zakman: Even with all of the stress, we had a ball shooting the film. I think this comes across in the film.There are lots of funny stories that happened during the filming…too many to go into here. I will tell you that we had lots of fun with the “stunt cock” that we used to shoot the climax of the film…no pun intended!

SKSM: How does it feel that all the King fans out there can’t see your movie? Do you think that will change in the future? Maybe a video release would be possible?

Steve Zakman: I wish that all of Stephen’s fans could see the movie…we put a lot of work into it and it is a shame that the only people who do get to see it are people who live in the cities where we got into festivals. I was invited to show it at the Stephen King Dollar Baby Festival earlier this year in Maine, but was too busy working on “Come Away Home” to go…maybe next year. I will see what I can do, but the deal I made with King’s people is that I would not put it on the Internet, so I have to live up to my agreement. We’ll see what happens.

Steve Zakman: Stephen has seen the movie and said that, “he liked it a lot.”

Steve Zakman: I think that almost everything that is worth shooting has already been shot…or is currently being shot. We’ll see if he keeps on writing or not. I would love to make a Stephen King film that actually got into theaters…but I will let someone else direct…I’m a much better producer! If I got the chance and had an infinite supply of time and money, I would love to do the “Dark Tower” series…each and every freakin’ book!

Steve Zakman: Thanks so much for reading all of this. I hope I didn’t bore you guys with all of my babbling…I started to bore myself! Hopefully someday soon, anyone who wants to see these dollar babies that we have worked so hard on will be able to see them…until then…keep the faith.