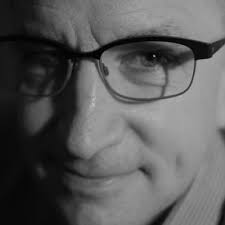 He directed two episodes of the TV series “Haven”, based on King’s novel The Colorado Kid.

Tim Southam: I am Tim Southam. I call myself a filmmaker, which is a quaint antiquity of a term but also a usefully general one, as I direct just about every type of production – from feature films to online political monologues.

SKSM: When was the moment in your life that you want to be a director?

Tim Southam: The moment I realized I wanted to be a director can’t really be described as a ‘moment’ – more like a long drawn out ‘epoch’. I basically dragged myself kicking and screaming from wanting to be a magazine publisher to being a fiction filmmaker over the course of many years, and starting very late. the idea didn’t occur to me until I was 27, and then it took a while to actually happen.

SKSM: How did you become involved in haven?

Tim Southam: Haven came from a friendship I developed on the one hand with the producers who had created Stephen King’s Dead Zone in montreal (I directed an episode), and on the other hand the producers of a miniseries I directed based on the life of canadian prime minister Pierre Elliot Trudeau. I know: Dead Zone…. Pierre Trudeau – totally natural bedfellows. But you’d be surprised. Those producers got together to make Haven and asked me to direct two episodes. I like these producers a lot so I said yes. This was a case of trusting the creators and jumping in.

SKSM: Why do you only directed two episodes?

Tim Southam: In the american series model, directors alternate so that prep and production can overlap. While one director shoots, the other preps, and so on. It is also customary to bring in a number of directors. I’d like to think that this is to bring new waves of vitality to what can be a fairly crushing production process.

SKSM: Have you been approached for season 2 to direct also some episodes?

Tim Southam: I have no idea what is happening on season 2. I am quietly putting together a year of commissioned directing work and projects of my own. I am planning a documentary and a feature film and some cool episodic work. We’ll see what happens.

SKSM: Was it easy to work with the leading characters?

Tim Southam: Every show always says that their stars are amazing, but in this case every director will tell you that Emily and Lucas are brilliant, generous, courageous, gifted artists: rain, shine, snow, huge hours – they stayed cool and offered their very best week after week, month after month on a grueling schedule. They have a huge responsibility to develop, sustain and even defend their characters as everything barrels along around them – and as their characters are literally being invented. They were permanently gifted and gracious.

SKSM: Was there any funny or special moment when you made the two episodes that you would like to tell me about?

Tim Southam: Well, I don’t have kids, so being handed the succubus story in ‘Ball and Chain‘ and then really going for it by having a baby appear every couple of days, and then twins – that felt like a pretty big misunderstanding. I turned to anyone who had had babies – including Jennie Raymond who played Beatrice – and asked ‘okay, which end is up with this squirmy little things?’ there was a faintly unpoetic cruelty to the assignment.

SKSM: Are there things cut out of the episodes that you miss now?

Tim Southam: I believe almost everything I shot is in those episodes – and a couple of others. There was a lot of creative ferment as we were right at the beginning of a brand new series. Many many balls were in the air. It was super exciting and a little bit breathtaking. But one thing we did not do very often was drop a scene. Every frame counted.

SKSM: What kind of problems did you run into while filming?

Tim Southam: Haven is weather. Weather is haven. We shoot outdoors on the coast of the North Atlantic. Not only is the series elemental on screen, it was our production reality as well. We started shooting months before tourists even considered showing up. I conned myself into not bringing my winter gear, which was just wishful thinking, and ultimately very cold!

SKSM: Why do you mainly directing tv series and not feature films?

Tim Southam: I direct series for a couple of reasons:

SKSM: Are you (or where you) a fan of stephen king’s work?

Tim Southam: This is where I am the odd duck. I like the people who like Stephen King’s work. And Stephen King wrote my favorite book about writing – “On Writing”. I also like building supernatural sequences for the screen. And luckily our writers and producers know Mr. King’s world inside out. But I can’t say I grew up reading Stephen King – the times I did it scared me half to death.

SKSM: What do you do when you’re not working?

Tim Southam: When I am not directing, I write or read materials I can direct. Also I have spent years in the woods – out on the land in one way or another – in canoes, on foot, snowshoes, skis, bicycles. I like to go to the theatre. I read fiction, and more and more non-fiction. My wife is a theatre director and a former dancer, so we stay very tuned into the performing arts.

SKSM: Thanks for taking the time to answer my questions. is there anything else you want to say to the fans that read this interview?

Tim Southam: To the fans? Thanks for diving into Haven. It’s fun to explore it with you.