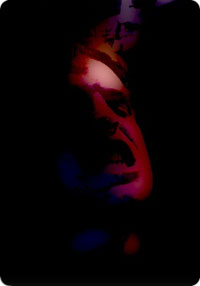 He is the man behind King’s short story Autopsy Room 4.

Dave Gallant: I am a film school graduate currently working as an electric on commercials and music videos etc. This pays the bills but my passion lies in Writing and Directing.

SKSM: How come you picked Autopsy Room 4 to develop into a movie? What is it in the story that you like so much?

Dave Gallant: I picked the story because I am a big Stephen King fan, I have read almost all of his books and this is one of many of his stories that I really enjoyed. I couldn’t really tell you what exactly it is I like about the story, all of it I guess.

SKSM: When did you make Autopsy Room 4? Can you tell me a little about the production? How much did it cost? How long did it take to film it?

Dave Gallant: I made the short on the first weekend of my last semester in Film School. The room we shot in had one full wall that was painted for green screen so I could only shoot three walls for the whole thing. It cost me about a grand but that was with great deals from the prop shop and the wardrobe place. It took two days to shoot.

Dave Gallant: I had heard from a teacher that Stephen King gives rights to students for his short stories for a dollar. I e-mailed his agent a bunch of times until I got a response telling me the rights were already bought for this story and he didn’t say if he would have sold them to me or not.

Dave Gallant: Nothing special, we had fun but we got the job done at the same time.

SKSM: Did you know that before you where more versions of “Autopsy Room 4” and if you know did you choose another story to adapt into a Dollar Baby?

Dave Gallant: I didn’t know there were other shorts made on this story until I uploaded mine but it makes sense cause it’s a good story.

SKSM: How does it feel that all the King fans out there can see your movie?

Dave Gallant: Stephen Kings stories have a hard time adapting to screen and there have been a lot of dissappointing attempts at them so I hope that this is not one of those.

Dave Gallant: No I never spoke to him or had any contact and I doubt that he’s ever seen it (or will).

Dave Gallant: If I told you my next script idea I’d have to kill you.