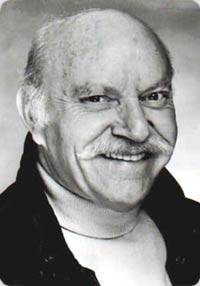 He played in Mikhail Tank‘s Dollar Baby My Pretty Pony as George Banning.

Paul Marin: Its been 56 years that I’ve been a professional Actor

SKSM: How did you become involved in My Pretty Pony?

Paul Marin: Mikhail asked me if I was interested. I read the short story and immediately said YES

Paul Marin: No, I didn’t audition but I don’t know if Mikhail had me in mind when he did the screen play

SKSM: What or who is George Banning?

Paul Marin: A farmer who really knows that time is very important especially in planting. and he thought a great deal on time. Especially real time.

Paul Marin: It sort of had people staring into the window on the street of the theater while we were filming which in its way for me was like having a live audience.

SKSM: You worked with Mikhail Tank on this film, how was that?

Paul Marin: He’s a very talented Director and gets the actor to see his vision and gets the collaboration of both the cinematographer and performer

Paul Marin: Mikhail Tank as we have become good friends.

SKSM: What did you do after My Pretty Pony?

Paul Marin: Now am back to writing my novels and screen plays.

SKSM: Your last role (source imdb.com) was in 1996 “Nowhere Man” and “My Pretty Pony” in 2009. What have you been doing between those years?

Paul Marin: see previous plus my Memoires will be out in published form by mid-August Its title “21 Allen Street and other tales in the life of Actor Paul Marin”.

Paul Marin: First Thank you and to the fans of Stephen King, My Pretty Pony was made for Short film Festivals but if pressure was brought by the fans..Who knows! (imdb.com)